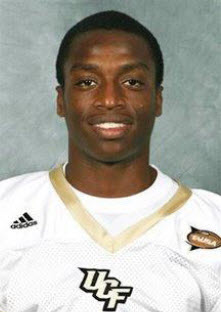 ORLANDO, Fla. (AP) — The legal fight between the University of Central Florida and the family of a football player who collapsed and died following conditioning drills is headed for Florida’s highest court.

On Wednesday, the Florida Supreme Court agreed to hear an appeal of the reduction of the monetary award in the wrongful death lawsuit filed by the family of Ereck Plancher, who died in 2008.

The court issued an order accepting jurisdiction in the case, but will not be hearing oral arguments. It instead is choosing review the case record and legal briefs from attorneys.

The court ruled UCF’s power of control over its athletics association — UCFAA — was sufficient for sovereign immunity afforded to state agencies in civil judgments. The $200,000 figure is the most a state agency is required to pay under legislative statute. Any higher amount requires approval of the legislature. The appeals’ court also overturned attorney’s fees the Plancher’s attorneys were awarded.

“Whether the advocacy is written or oral, this family has a just cause,” Steve Yerrid, an attorney for the Plancher family, told The Associated Press Wednesday. “We have advocated for this case for a substantial period of time. My confidence in the notion of justice has only been enhanced by my experiences. I feel these justices will find a way to do what’s right for this Florida family.”

A message left with a UCF spokesman seeking comment was not immediately returned.

A ruling against the UCF athletics association in this case could make it and other state athletic DSOs vulnerable to uncapped judgments in future legal cases.

The player’s family filed suit against UCF in March 2009, alleging coaches and other school officials failed to do everything possible to save Plancher’s life. The case went to trial in June 2011.

The Orange County medical examiner and three experts hired by Plancher family attorneys testified during the trial that he died from complications of sickle cell trait.

A jury found the UCF athletics association was negligent and awarded Plancher’s parents, Enock and Gisele Plancher, $5 million apiece. UCF and its insurance company, Great American Assurance Company, appealed the verdict in May 2012.

During the civil trial Plancher’s attorneys presented evidence from four former UCF football players, including a former team captain, who all recalled a strenuous workout than UCF coaches and school officials originally said took place. The players also testified that Plancher was struggling throughout, gasping for breath at times.

They also alleged that no water or trainers were present during what one of the players said was a “punishment” workout for players coming back from spring vacation out of shape. They said coach George O’Leary cursed Plancher shortly before he collapsed and had to be carried outside by teammates.

UCF officials contended the school did everything necessary to save Plancher’s life. During their case they had players who were at the workout testify that water was available to players and argued that Plancher knew he had sickle cell trait and that it was actually a heart ailment that caused his death.